Property Prices in Manchester set to Rise Again in 2018

JLL’s The New Housing Paradigm report highlights that property prices in Manchester are set to grow by 6.5% in 2018.

Since the EU referendum vote, the North West housing market has outperformed the rest of the UK, especially in Manchester with a 22.8% growth predicted by 2022.

Manchester is set to see the strongest residential house price growth throughout northern cities, coupled with an increase in values, where rents are predicted to rise by 3.5% in 2018 and 17.6% over the next 5 years.

Stephen Hogg, lead director at JLL highlights how Manchester is firmly established as an important economic hub in the UK.

“Manchester has a high graduate retention rate, second only to London in the UK, seeing the number of people who live and work here grow.”

Due to this high demand in the city, property prices in Manchester and rental values have continued to increase over the last 5 years, and for those looking to invest, stand to make a huge turnover.

The North West is the place to be, Mr Davidson said, adding: “For buy to let investors, the message could not be clearer. If you want high yields and capital growth, the north is best to invest.” It is the high demand that has led to the emergence of built-to-rent developments within the city, which have proven the asset class can indeed perform well outside London. 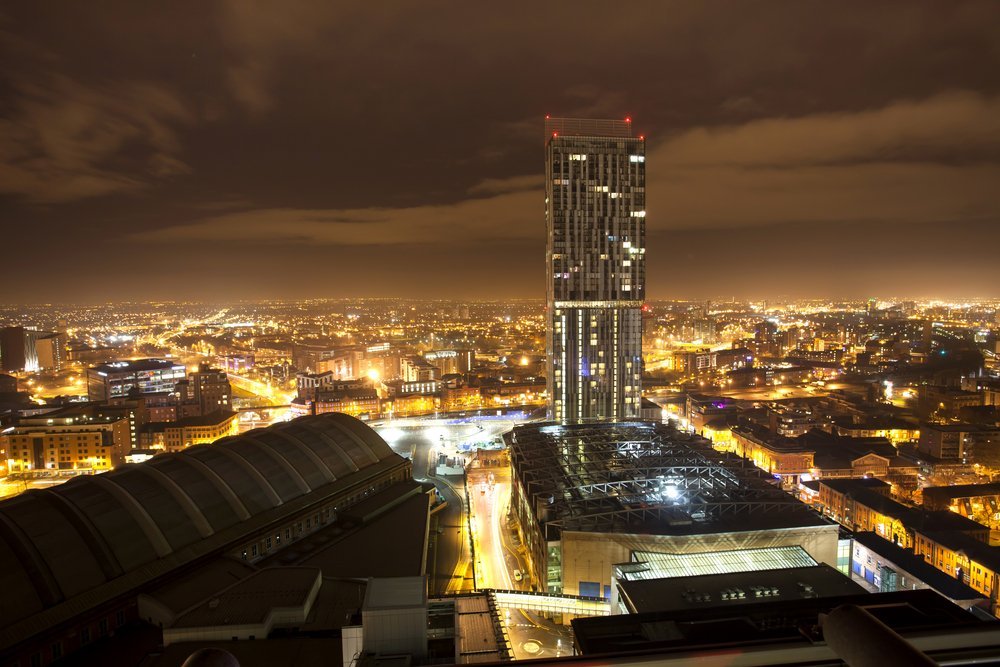 “However, to expect that housing Markets in parts of Northern England such as Manchester will be the strongest in the next 5 years.”

City living has gained momentum in Northern cities, including Manchester, Liverpool and Leeds, and with an active student market, it has continued to push demand. With the housing supply in these city centres highly constrained, prices and rents have soared. Neil Chegwidden continues to suggest “looking forward, price and rental growth in these city centres are to outperform the national average over the next five years”.