Which town saw the biggest house price growth in 2017?

Cheltenham recorded the highest average house price growth in 2017 according to the latest data from Halifax. 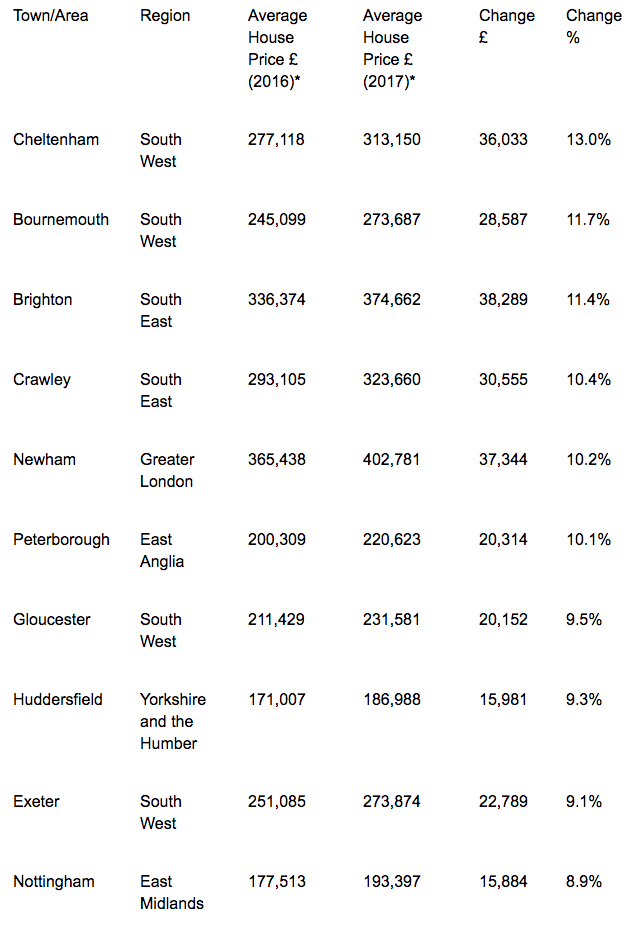 Halifax Managing Director, Russell Galley, said that: “A number of towns and cities have recorded significant rises in house prices over the past year, with all of the top 20 performers recording growth of at least double the national average.

“Unlike last year, the top performers are not exclusive to London and the South East, with the top spot now belonging to Cheltenham in the South West, and towns in East Anglia, East Midlands, North West, Wales and Yorkshire and the Humber also making the list.”

Despite mainly positive performances across the board, including a national UK average price rise of 2.7%, there were 13 towns and cities that recorded negative growth.

Top of the list was Perth in Scotland where prices dropped over £10,000 (-5.3%), replacing Aberdeen as the worst performing town. Second was Stoke-in-Trent (-3.6%) followed by Paisley, again in Scotland, seeing a 3.6% decline. 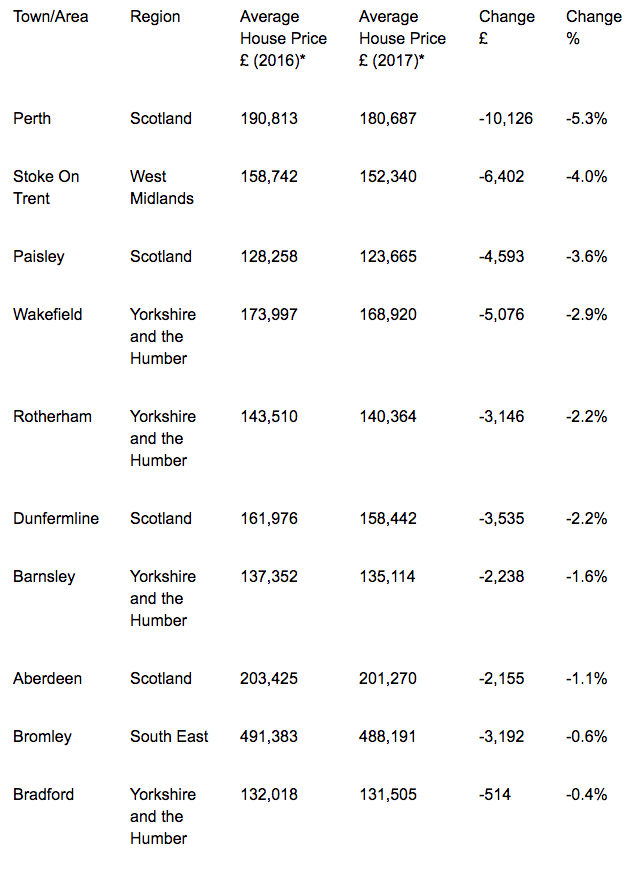 It was a strong year for Manchester too with continued investment in the city. A report by Hometrack in October last year found that the Lancashire city boasts the third most valuable property markets in the country – estimated at a cool £133bn.